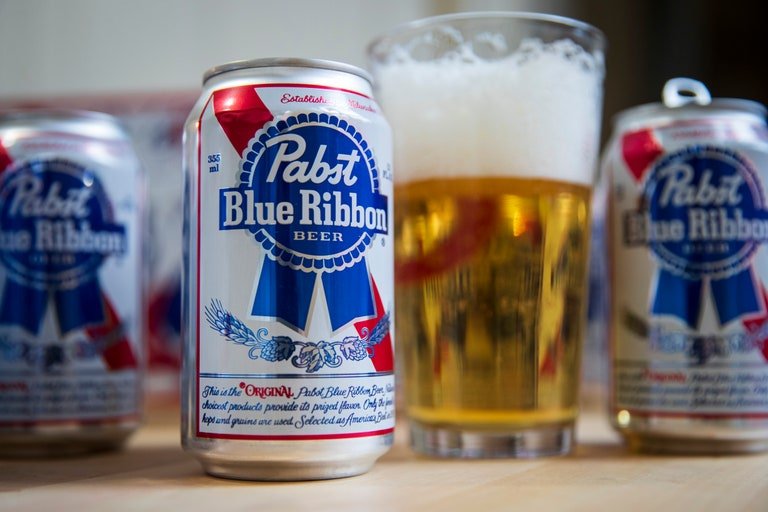 Are you hunting new ideas to host a party in college? It is all about fun with a lot of energy. So what about food and drink, especially dinks to set the mood? Are you looking for the options to serve your peers? Then, PBR (Pabst Blue Ribbon) is the name to get your party rolling. But what do you know about the drink besides its name? There’s a lot to know about PBR Alcohol Content and some more.

PBR is one of the hits among the young crowd, hipsters, and also people in middle age. Do you know why? Because it blends cool hipster culture. Back in 1844, Pabst Blue Ribbon brewed in rich traditions of an American premium larger coining.

In PBR beer, you will get 2 and 6-row malted barley, select cereal grains together with American and European hops. When it comes to the fermentation process of the beer, it takes charge of lager yeast.

The company Pabst Brewing takes a different fermentation and maturation course. And it results in a smooth, full-bodied beer with a clear, crisp, and hops scent.  And definitely, that will take your taste buds ready to go.

What do you know about Pabst Blue Ribbon: PBR Alcohol Content?

If you like to try a rich and strong flavor, Pabst Blue Ribbon is one best drinks to have. To know,  original Pabst Blue Ribbon Alcohol is 4.7% which is a little higher when compared to other beer. The beer is made from the fine hops and original grains bringing a great flavor. But remember, the only thing to consider is not Pabst Blue Ribbon Alcohol Content but also its calory count. It takes about 192 calories in a PBR can which is 16 OZ serving. And when it comes to the calorie distribution, it comes with 6% carbs, Protein of 2g, and dietary fiber of 8%.

PBR light beer brings a smooth and refreshing light taste just like regular beer. Maintaining the quality, the beer is made of the finest PBR ingredients. So this is a great option to serve all the beer lovers.

Pabst Blue Ribbon Extra- Try out the Boozier One

When it comes to PBR lighter larger, we find it as the upcoming drink for the youngers. But if you take PBR Extra, we find it the boozier version of all PBR beer range. So know that PBR beer alcohol content 16 oz is around 6.5%. You will find this a little higher than the normal PBR beer ABV of 4.7%.

The PBR Extra beer is served in black cans which are rich in flavor and crisp just like the original PBR beer. And just maintaining its taste and quality, we find it is made of the finest grains and hops giving the strongest brew. But remember that it takes a high-calorie count suggesting to take the drink occasionally. But if you like the taste to try so often, we recommend PBR light. 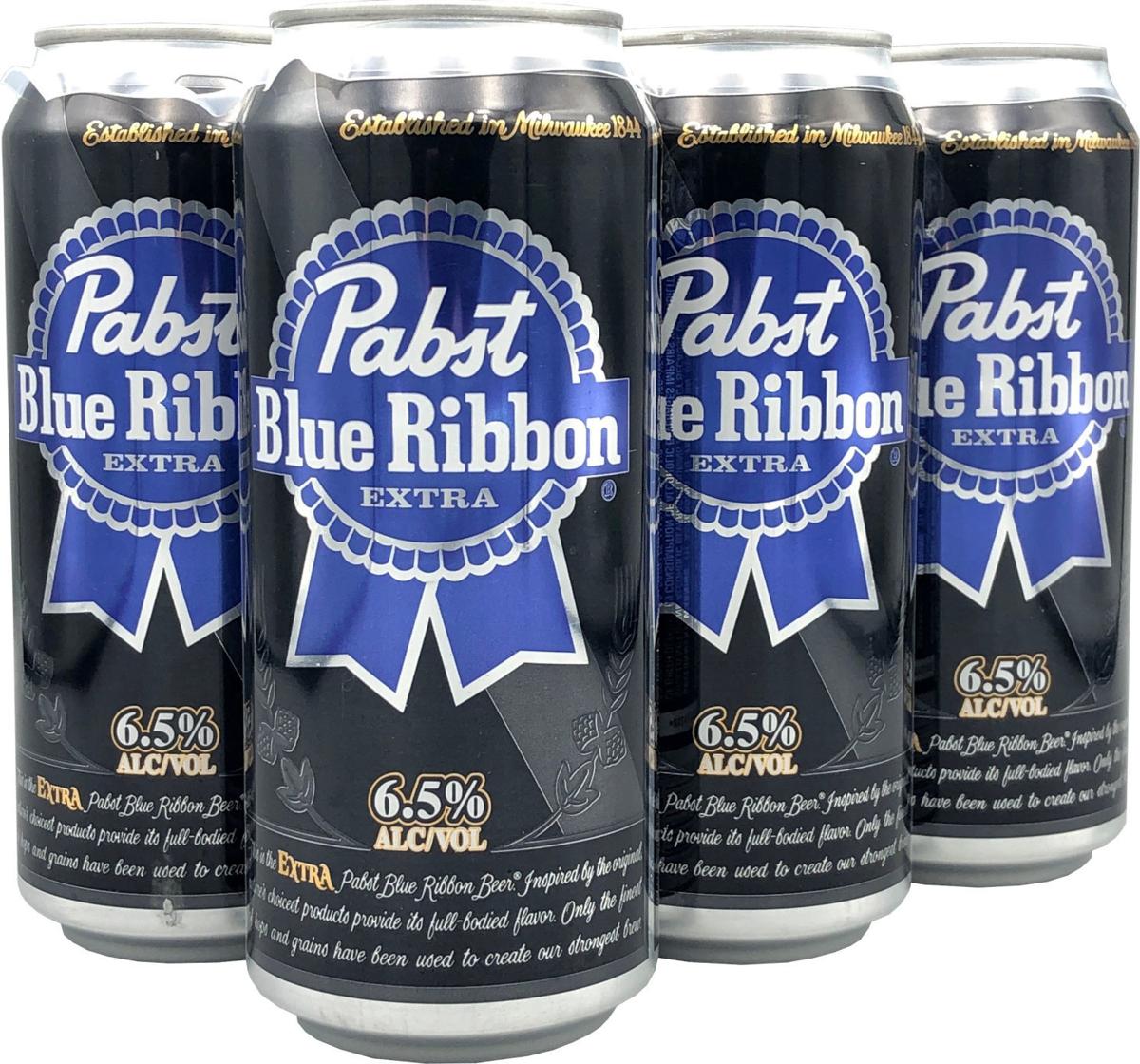 PBR Non-Alcoholic Beer- Do you like to give it a try?

For those who love the taste of PBR and like to stay light, PBR offers the Non-Alcoholic option. And it is happy to say that it fits all occasions so well with no harm to the body. The beer takes hops and grains maintaining the name of PBR. But the change comes where there is no alcohol content in your drink. So even those who care more about health including gym enthusiasts, this drink fits so well as it takes no worries about extra calories.

What is Fun about PBR Beer?

Pabst Blue Ribbon is America’s favorite beer with no doubt. But do you wonder why is it? The PBR beer takes rich flavors and a mouth-watering aroma making it popular especially among the young crowd. It is 171- years old name. In fact, the beer takes a pure and rich flavor which is all that beer lovers need.

PBR is the most popular hipster brew. One reason for the popularity of the drink is gigantic advertisement campaigns by the company. In fact, it is a trend, a style statement rather than another Beer. And to catch more interesting facts through some frequently asked questions, read on.

If you are in love with PBR Beer, you would love to know what it is made of. PBR Beer takes water, hops, yeast, and malted barley. With PBR larger, you will take added corn sugar and also rice. To keep the beer light for the American drinkers, it comes with added sugar and corn.

Who Brews PBR Beer the most?

Pabst Brewing Company brings Pabst Blue ribbon as an American larger beer. In the year 1844, the product has found in Milwaukee, Wisconsin. It was first named as Best Select and Pabst Select and later got its most popular name as the Pabst Blue Ribbon. 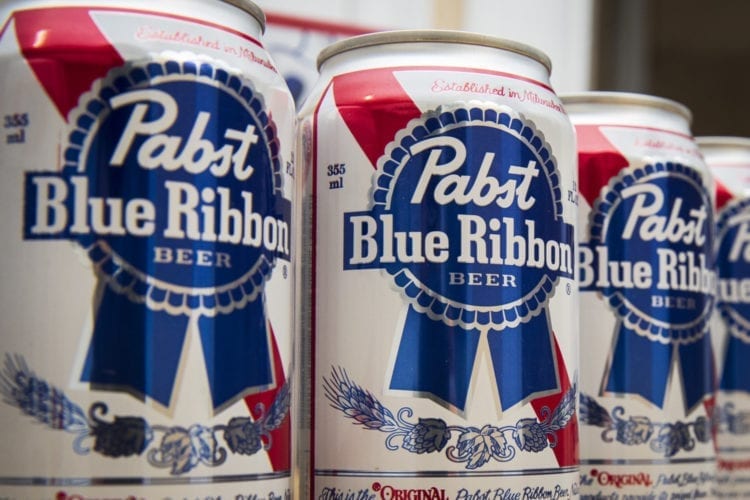 Pabst Blue Ribbon is one of the most popular drinks offered by Pabst Brewing Company. But that is not all it brings. Take a look at these too.

These are some amazing drinks Pabst Brewing Company comes offering. But, none of them could take the place and demand PBR beer which is always top in the list of the best. So as we have come to the end of the PBR Alcohol Content guide, you must have had a complete understanding of PBR beer alcohol content 12 oz. and some more interesting facts. So keep reading!!!